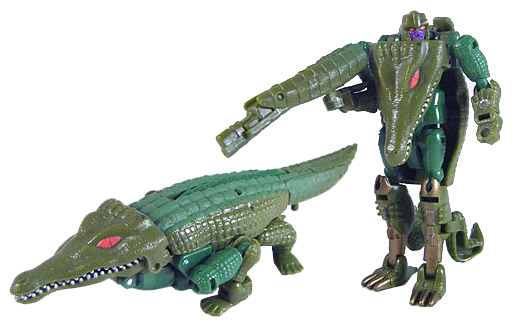 Possibly the longterm effects of being constantly reincarnated near swamps. The Roamer there's up to something. Pabkim's doing mischief as well. A Roamer on RakMoGak, who attacks unprovoked, just another symptom of a world gone corrupt. The island needs a toxic cleanup crew. Someone like this Warrior, Scout, Villager, Shaman, Cannibal of RakMoGak.

March: May begin eating people. Some may take this personally. Those I may eat many times, yes. Nobody has figured out, if they ask me not to kill them, I usually do not. Peaceful intenders are not on my menu either. If I look at you and see you have killed many yourselves then I will figure you are okay with playing at this level.

April: What I'm calling deep personal research into the mind of a killer has revealed some intriguing insights. I've beheaded and devoured a few by now and have deduced that it's all about power, yes. And fun! Now seeing to trying to cull the herd of the undesirables, leaving a healthier and better people for it behind. Hard lessons ahead for Shartak.

May: Consume or perish is the Cannibal way of life, and we plan to survive by driving the criminals into extinction! The Old Guard think they can challenge S.H.A.R.T.'s Authority on this island but they have yet to feel the painful punishment I'll give them as I remove their heads and sink my teeth into their corpses!

June: It seems the plan is to swim the chaos of relentless bloodshed, reveling in so much killing and death. My spirit finds much glee to be had in this, yes. The island trembled in fear at the mention of cannibals, and it may yet do so again. Trick is to not get it too mixed up with cannabis. You could wind up wandering aimlessly, smelling of dried herbs.

Wearing: a zombie mask, a green bandanna, a pendant necklace, a dark green T-shirt, a pale green jacket, a dark green raincoat, a pair of pale green shorts and a pair of dark green trainers. I do try to keep these clothings clean, so if you could reduce your struggling as I attack, and other resultant death throes that would be muchly appreciated.

July: Place called "Dur, Ham"? Sounds stupid and delicious, just like I like them. Here on business and pleasure. Just a few targets on the menu. Assist if you want to, but do not interfere, or volunteer to be the side dish or second helping. Things in this town have been allowed to go bad for too long now. Nature abhorred, and the balance will be restored.

August: The Skygods coerced the Roamers to shunt me off to a new destination. Blame them. Dalpok may get it's daily pokes when I take bites out of crimes there. Ghost town now though, really, yes. It should have never been put so close to the Shipwretched. Not a good place for it. It may as well have been offered to the Pie Rats for sacrifice. Strange.

September: Arrived early to York. Occupation to sit and wait for the real preys to arrive. The Durrr Hams may have been vile, but Yorkies have housed the worst of the worst in the past. {OOC: For instance, a certain alt-account-abuser. Thought we had a real ally in them. Turns out they're just another yapping Yorkie. Projecting their faults. They go too}

October: Keeping a finger on the pulse of The Dominican Republic, because the Legends say that the Dead shall Walk again, and matters Closer to Home require Defending, yes. Echoes and shades of the Late Great Skullpion influence matters once again on the islet of the headbone. Pests in RakMoGak too, need squashing. Kill them until they Stay dead.

November: Let us greet these Outsiders in kind, the same ways they always have toward us. Thanksgiving Month and all. Okay, Mass Zombie Necrocide, then the Giving of our Thanks, yes. Sharing the Wincemeat Pie with some Rats at the Shipwretched. Pie Rats. Have to kill a few, keeps them from getting too complacent, keeps their wits cutlass sharp.

December: We eagerly Await the Arrival of the Outsiders' fat red shaman. Still finding leftover zombies here and there. This month I quest myself and test myself through the rigors required to attain Heavy Swords. They say whatever the giftgiver gets you shows how much the giftgiver gets you. Santa got me 40 gold coins and a bullet? Time to hunt!

January: Exploration, filling in the gaps on the maps, going to make it happen, take the island in a death embrace, fire off all blowpipes at once and explode into ghostly astral space. Could probably use a vacation \ destination. Basking in the Mud pools, letting Songbirds clean my teeth does sound nice, could use the Space, Sacred especially. Alcohol!

February: Has me searching for a heart of gold, will be opening up and looking inside all of the island's creatures. Mainly feeling aimless, cannot wait to get more aimless. Is it the blades for animals, the poison darts for humans? Both, either, neither? The more I see of us all humans, the less the distinction even relates. Something should be done.

March: Operation Roomba, "bump'n'go" roaming, straight up sweeping. At least that is me, I cannot say if the others are following commands or not. Reminds me of the storied rampages of that Sykonykor in his plaguing prime. Hungry for Leprechauns, will settle for Easter Bunnies. Bunnies didn't happen, sensing patterns here.

April: Need a plan first. Well, if we cannot get the tribe to defend RakMoGak then perhaps we can strengthen the animals around with the spirit in our flesh? Maybe Psychoyote had some ideas about that? Ferocious, ManEating, Rampaging, Chattering, whatever. Upgrade the island's primary defenders. Feed Nature!

May: Parapsychology, of course, what else, where else, would be better? And may be some other matters. But mainly the Spirits of the Underworld had led me here. Never sick of Wiksik. Did not find who I was looking for there. Many more offenders in Derby. Richard Skull manifestations aplenty. Suggestion: appoint you a Swamp Shaman there.

June: Feeling random and chaotic, might just kill and eat everything in my path, not sure. Think I will name this Heavy Sword after Scorponok in fact so too shall be the others named so. Other weapons are for animals of nature, but the Heavy Sword is for the so-called humans. Some will have to die just for being malignorant.