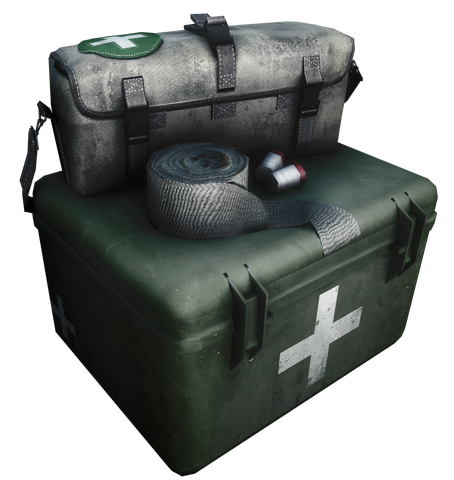 A random medic trying to get used to his new surroundings. Definitely isn't the same as the infested city of Malton.

He wears standard military uniform, a slightly too-large helmet, and a scarf around his neck. He keeps most of his gear in a backpack, but a lot of the equipment is weaved through straps on his clothing.

You see him rummaging through his personal medical bag. It contains the standard bandages, antiseptic, needles, threa- whoa. Who needs that much alcohol in a bag?? He isn't drinking it himself, but you notice his patients seem a little bit more relaxed...

He sees your glance and smiles toward you. "Meh, a shot of whatever works better than lollipops. Especially when you're still getting back into the surgical groove." He gives a shrug. "Mistakes will be made. Better the patient is a lil' sloshed when it happens." He closes his bag and continues on his way.