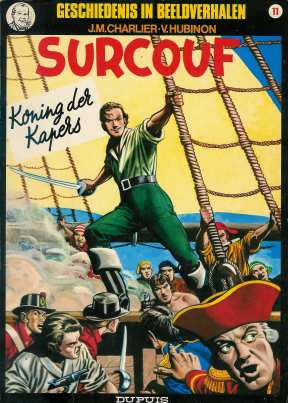 Huh, huh, huh, mon Dieu! Baron Robert Surcouf has never lost the touch of the privateer even as a Lord. He will harass the British as long as he draws breath in his fight for liberty, gallantry and chivalry.Mais oui! Where is my wine? Huh, huh, huh!

British Officer: "You French fight for money, while we British fight for honour."
Robert Surcouf: "A man fights for what he lacks the most!"