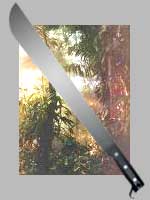 You see nothing special.