Home: York
Been on the island since 2017-02-01
Died: 14 times (last time was 2020-07-09 20:04 at the hands of anaalipunktio, killed by a knife)
Level: 13
Class: Scientist (outsider)
Primary Clan: The Plague
Secondary Clans: The Church of Scientology and Secret Society of Supervillains
Underworld: https://underworld.shartak.com/?id=25109
Deadzone: http://shartak.aphlor.org/deadzone/view/25109

Sam Bellamy, of all the 287 Neil Tathers alts, the biggest queer in Shartak. Known throughout the game as Mr. "Show me your dick & I won't kill you. Just let me see it!"

Esrays I'm headed back to Derby. And nobody kills John Batman twice. See you in the swamps. 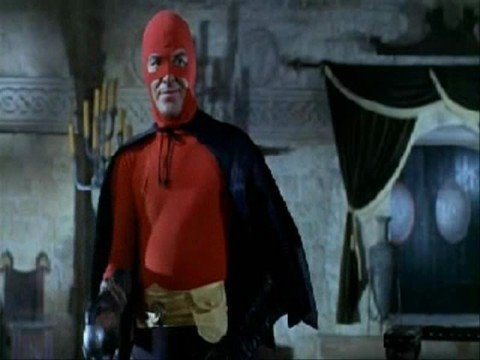 John Batman (21 January 1801 Ō 6 May 1839) was an Australian grazier, entrepreneur and explorer. He settled in the north-east of the Van Diemen's Land Colony in the 1820s, and later as a leading member of the Port Phillip Association he led an expedition which explored the Port Phillip Bay area on the Australian mainland with a view to establishing a new settlement there. He is best known for his role in the founding of the settlement on the Yarra River which became the city of Melbourne, eventual capital of the new Colony of Victoria, and one of Australia's largest and most important cities.

Batman is a controversial figure due to his dealings with Aboriginal peoples in Van Diemen's Land and Victoria. The artist John Glover, Batman's neighbour in Van Diemens Land, said Batman was "a rogue, thief, cheat and liar, a murderer of blacks and the vilest man I have ever known".[1]

The treaty Batman negotiated with local Aboriginal peoples in 1835, to acquire land in the Port Phillip area, was a matter of controversy in his day, and has remained an event of great historical interest and debate.

Batman's English parents, William and Mary Batman, came to Sydney in 1797 aboard the ship the Ganges. John was born in 1801 at Rosehill, Parramatta, now a suburb of Sydney, but at the time one of the early farming settlements of the fledgling colony.

In 1821 John (aged 20 years) and brother Henry journeyed to Van Diemen's Land (now known as Tasmania) to settle on land in the north-east near Ben Lomond.[2] He acquired 'Kingston', a property said to be "...large in acreage and poor agriculturally,...".[3]

In December 1825, or early 1826, Batman captured the notorious bushranger called Matthew Brady, resulting in an additional grant of land by the government.[2][4] Brady had been wounded in the leg in a conflict with the authorities, but got away safely. Batman went out unarmed on his own in search of Brady, and found him quite accidentally. He saw a man limping in the bush near a shallow creek, and hastened forward to him. It was Brady. He induced Brady to surrender and return with him. The outlaw was ill and suffering much pain, and did as he was asked. Brady was duly sentenced to death.[5]

Batman became a grazier. He participated in the capture of Tasmanian Aborigines in 1829.[6] He employed mainland Aboriginal people hired in Sydney, New South Wales, for 'roving parties' hunting Tasmanians.[7] Between 1828 and 1830, Tasmanians in this region were shot or rounded up by bounty hunters like John Batman.[8]

As Tasmanian Colonial Governor, George Arthur, observed, Batman "...had much slaughter to account for". Closer examination of this quote from Governor Arthur reveals a more complex picture of Batman's motives and actions on behalf of the government in these so-called "roving parties".[9] For example, in September 1829, Batman (aged 28), with the assistance of several "Sydney blacks" he brought to Tasmania, led an attack on an Aboriginal family group together numbering 60ŌĆō70 men, women and children in the Ben Lomond district of north-east Tasmania. Waiting until 11pm that night before attacking, he "ŌĆ”ordered the men to fire upon them..." as their 40-odd dogs raised the alarm and the Aboriginal people ran away into thick scrub, killing an estimated 15 people. The next morning, he left the place for his farm, with two badly wounded Tasmanian men, a woman and her two-year-old boy, all of whom he captured. However, he "...found it impossible that the two former [the men] could walk, and after trying them by every means in my power, for some time, found I could not get them on I was obliged to shoot them." The captured woman, named Luggenemenener,[10] was later sent to Campbell Town gaol and separated from her two-year-old son, Rolepana, "...whom she had faced death to protect."[11] Batman reported afterwards to British Colonial Secretary, John Burnett, in a letter of 7 September 1829, that he kept the child because he wanted "...to rear it...".[12] Luggenemenener died on 21 March 1837 as an inmate at the Flinders Island settlement.[13]

Later, Rolepana (aged 8 years), child-survivor of a massacre by a 'roving party' led by Batman, travelled with him as part of the founding party of Melbourne in 1835. After Batman's death in 1839, Rolepana would have been 12 years old. Boyce notes that Rolepana was employed by colonist George Ware at 12 Pounds a year with Board on Batman's death, "...but what became of him after this is also unknown."[14] However, Haebich records Rolepana as having died in Melbourne in 1842 (he would have been about 15 years).[15] She also says that:
Batman openly defied Governor Arthur and [George Augustus] Robinson by refusing to hand over two Aboriginal boys in his employ: Rolepana (or Benny Ben Lomond) and Lurnerminer (John or Jack Allen), captured by Batman in 1828. He claimed the boys were there with the consent of their parents,....He also demonstrated a strong proprietorial interest in the boys, when he told Robinson they were 'as much his property as his farm and that he had as much right to keep them as the government'. Indeed Batman was convinced that the best plan was to leave the children with the colonists, who clothed and fed them at no expense to the government and raised them to become 'useful members of society'. In a series of letters to Governor Arthur, he 'pleaded hard for the retention of youths educated by settlers and devoted to their service'.[16]
Batman rose to prominence during the time of the Black War of 1830 (aged 29), during which he participated in the Black Line ŌĆō the formation of a "human chain" across the island to drive Tasmanian Aborigines from their lands into a 'manageable' area.

In February 1830, Batman wrote to the British Colonial Secretary, John Burnett, about his difficulty in 'coming up' with [i.e., capturing] the Tasmanian Aborigines.[17] In the same letter, he asked in explaining his difficulty in capturing Tasmanians in the bush, "...if he could follow known [Aboriginal] offenders once they had made it 'to their own ground'.[18]

The 19th century artist, John Glover, captioned one of his Tasmanian paintings Batman's Lookout, Benn Lomond (1835) "...on account of Mr Batman frequenting this spot to entrap the Natives."[8]

Batman was diagnosed with syphilis in 1833.

Foundation of Melbourne and Batman's Treaty[edit]

Batman sought land grants in the Western Port area, but the New South Wales colonial authorities rejected this. So, in 1835, as a leading member of the Port Phillip Association he sailed for the mainland in the schooner Rebecca and explored much of Port Phillip.

Batman's Treaty negotiations with Kulin peoples (Aboriginal peoples of now central Victoria) took place in June 1835 on the banks of the Merri Creek in present-day Northcote (an inner suburb of Melbourne), "ŌĆ”using legal advice from the former Van Diemen's Land attorney-general, Joseph Gellibrand, and with the support of his Aboriginal companions from New South Wales and Van Diemen's Land."[22]

However, Batman did not visit the colonial camp that was later set up on the Yarra River (i.e., Melbourne) until November 1835.[23] Debate has continued for more than a century over this moment in the birth of Melbourne. Batman writes in his diary on Monday, 8 June 1835 that ".. the boat went up the river I have spoken of, which comes from the east, and I am glad to state, about six miles up found the river all good water and very deep. This will be the place for a village. The natives on shore." The previous day Batman and his party had returned from their meeting with the Kulin Elders along the hills bordering the northern banks of the Yarra. It remains quite unclear whether the party saw the 'place for a village' by the 'Falls' ŌĆō a long used homesite for the local peoples, and similarly unclear whether Batman was in the boat that explored the Yarra on the 8th. But the site has already been noted for its virtues by numerous Britons including John Helder Wedge and Batman's Parramatta friend Hamilton Hume."

Batman negotiated a treaty (now known as Batman's Treaty but also known as the Dutigulla Treaty, Dutigulla Deed, Melbourne Treaty or Melbourne Deed), with Kulin peoples to rent their land on an annual basis for 40 blankets, 30 axes, 100 knives, 50 scissors, 30 mirrors, 200 handkerchiefs, 100 pounds of flour and 6 shirts. It is unlikely that Kulin people would have understood this as a transfer of land or agreed to it if they had, but, as Percival Serle wrote, "No doubt the blankets, knives, tomahawks, etc., that he gave them were very welcome". In any case, Governor Bourke deemed such a treaty invalid as the land was claimed by the Crown rather than the Kulin peoples and other colonists including the rival party of John Pascoe Fawkner arrived to settle Melbourne.

Batman and his family settled at what became known as Batman's Hill at the western end of Collins Street. He built a house at the base of the hill in April 1836.[2] Batman's health quickly declined after 1835 as syphilis had disfigured and crippled him, and he became estranged from his wife, convict Elizabeth Callaghan. They had had seven daughters and a son. His son drowned in the Yarra River.

In his last months of his life Batman was cared for by the local Aboriginal people[citation needed]. On Batman's death on 6 May 1839, his widow and family moved from the house at Batman's Hill and the house was requisitioned by the government for administrative offices.[24]