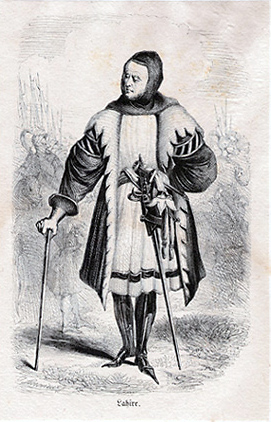 A bloodthirsty veteran commander from the Hundred Years' War, La Hire came to Shartak after faking his death to escape persecution from the British.

Seeing his fellow Frenchmen setting up encampment in Durham, he decided to join their ranks and bolster their defences.

His angry disposition and vulgar attitude often puts him at odds with his strong Christian beliefs which were heavily influenced by his old friend, Joan of Arc.