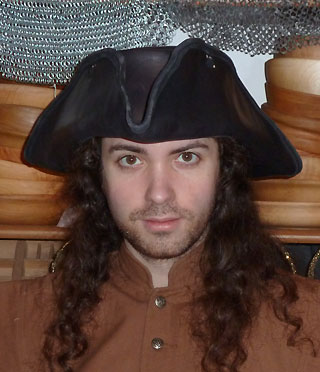 A space Cannibal who is secretly from the future, he stole a Time machine from a place called Ascencion and found himself on the island of Shartak. He Changed his name and began life in Rakmogak, an already familiar place.

His favourite part of the human body is the eyeballs. He has an incurable sugar deficiency, hates loud noises and wears his Bicorne given to him by an old friend.