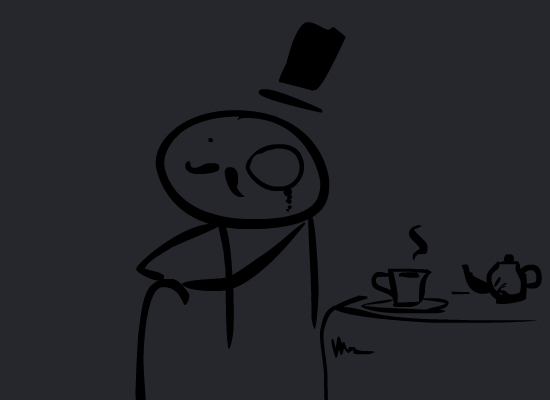 
A bald man wearing raven feather charms, a fine black suit and a pair of red spectacles. Enjoys the finer parts of living in settlements. His name is more of a nickname from when he was a kid.

An elephant attacks you for 4 damage. You die. Pausing a moment to reflect on this, tackling the elephant with your bare hands might be considered crazy!